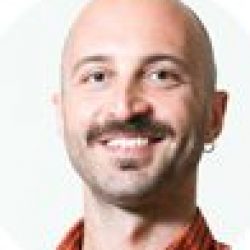 Roberto Falanga was born in 1983. He graduated in Psychology from the “La Sapienza” University in Rome, where he also obtained a Masters Degree in Dynamic and Clinical Psychology. He received a Doctorate in Sociology, with Praise and Distinction, from the University of Coimbra, lecturing the thesis “Developing Change. Psychosociological action research with Civil Servants engaged in Participatory Processes” (https://estudogeral.sib.uc.pt/handle/ 10316/24148) (Doctoral Research Grant FCT SFRH / BD / 62118/2009).
He is currently Researcher at the Institute of Social Sciences of the University of Lisbon with the project “Beyond Big Narratives: An Inquiry into Changing Socioeconomic Paradigms and the Role of Participatory Mechanisms in Urban Contexts” FCT SFRH / BPD / 109406 / 2015), and where it integrates the GI-ATS “Environment, Territory and Society Research Group”, and OBSERVA Observatory.
He was a postdoctoral researcher, between April 2014 and December 2015, under the MOPACT International Project “Mobilizing the Potential of Active Aging in Europe”, funded by the Seventh Framework Program of the European Union. In 2014 and 2015 he was invited to integrate the teaching team of the Integrated Master in Architecture of the Catholic University of Viseu as head of the Social Sciences Curricular Unit. Since 2014, he has collaborated with the consulting team of the Lisbon Chamber (“Good Practice” program in 2013 by the International Observatory for Participative Democracy). Between 2015 and 2016, he was part of the External Evaluation Team of the “Portugal Participates – Pathways to Societal Innovation”, funded by the Calouste Gulbenkian Foundation with the support of the European Economic Area Financial Mechanism (EEA Grants). Between April and May 2016, he collaborated with the CIS-ISCTE-IUL research team within the “Memotrade” Project, funded by the Circlemed Program. In May 2016 he was co-organizer of the ICS-ULisboa Doctoral Workshop “Territories at the Margin: Problematization and Intervention” and in June of the same year he was co-organizer of the ICS-ULisboa Summer School “Civil Society and Territory: Mobilization and Intervention”.

exPERts – Making sense of planning expertise: housing policy and the role of experts in the Programa Especial de Realojamento
MOPACT – Mobilising the potential of active ageing people in Europe